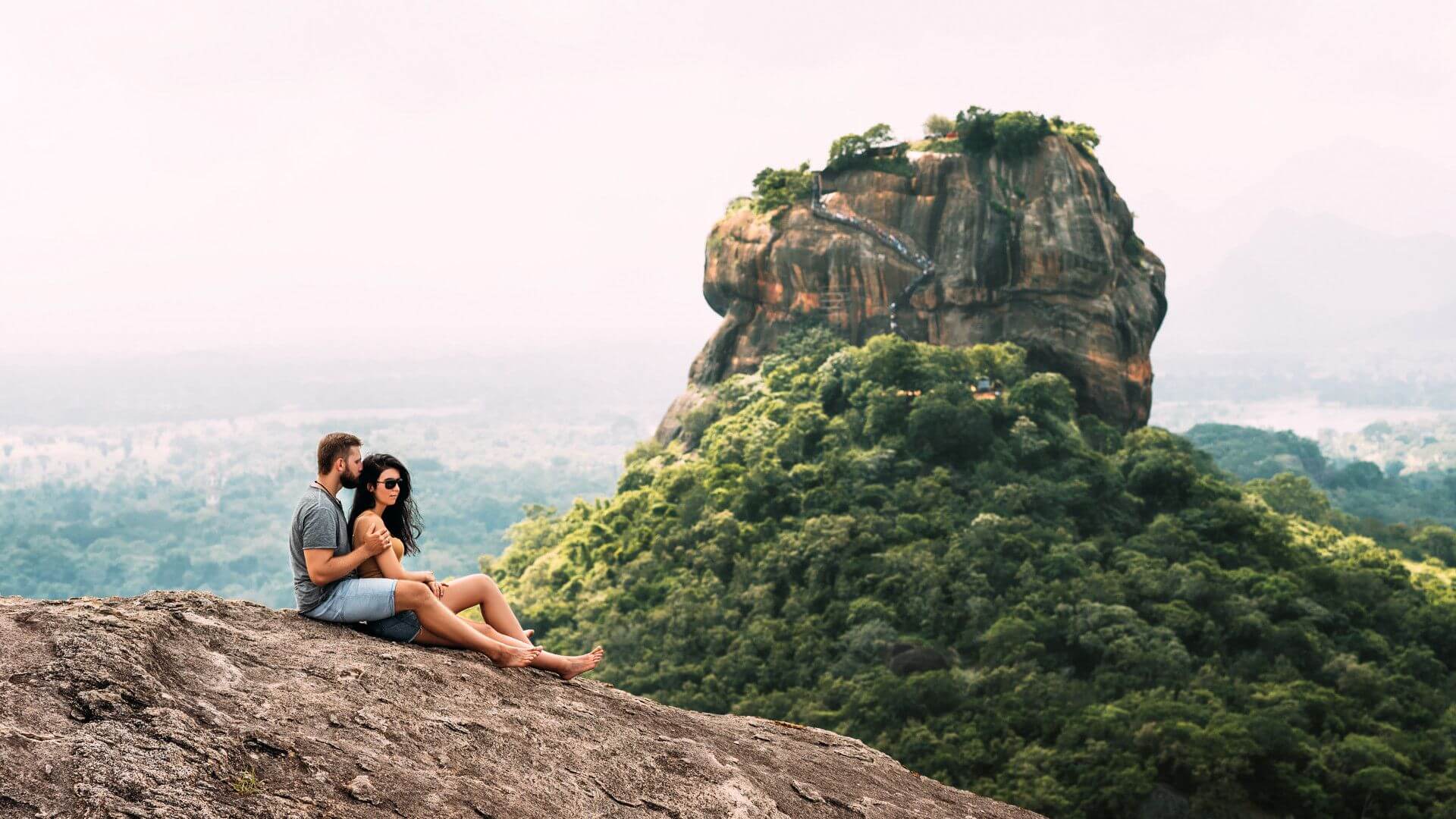 Sigiriya refuses to reveal its own secrets easily, and you will have to climb a series of vertiginous staircases attached to sheer walls to reach the top. On the way, you’ll pass a series of quite remarkable frescoes and a pair of colossal lion’s paws carved into the bedrock. The surrounding landscape – lily-pad-covered moats, water gardens, and cave shrines – only add to Sigiriya’s rock-star appeal.

Referred by locals as the Eighth Wonder of the World this ancient palace and fortress complex has significant archaeological importance and attracts thousands of tourists every year. It is probably the most visited tourist destination of Sri Lanka.

The palace is located in the heart of the island between the towns of Dambulla and Habarane on a massive rocky plateau 370 meters above sea level.

Sigiriya rock plateau, formed from magma of an extinct volcano, is 200 meters higher than the surrounding jungles.

Its view astonishes the visitors with the unique harmony between nature and human imagination.

The fortress complex includes remnants of a ruined palace, surrounded by an extensive network of fortifications, vast gardens, ponds, canals, alleys, and fountains.

The surrounding territories of Sigiriya were inhibited for several thousand years.

Since the 3rd century BC, the rocky plateau of Sigiriya served as a monastery. In the second half of the 5th-century king, Kasyapa decided to construct a royal residence here.

After his death, Sigiriya again became a Buddhist monastery until the 14th century, when it was abandoned.

The main entrance is located on the northern side of the rock.

It was designed in the form of a huge stone lion, whose feet have survived up to today but the upper parts of the body were destroyed.

Thanks to this lion the palace was named Sigiriya. The term Sigiriya originates from the word Sihagri, i.e. Lion Rock.

The western wall of Sigiriya was almost entirely covered by frescoes, created during the reign of Kasyapa. Eighteen frescoes have survived to this day.

The frescoes are depicting nude females and are considered to be either the portraits of Kasyapa’s wives and concubines or priestesses performing religious rituals.

Despite the unknown identity of the females depicted in the frescoes, these unique ancient paintings are celebrating female beauty and have incredible historical significance.

One of the most striking features of Sigiriya is its Mirror wall.

In the old days, it was polished so thoroughly that the king could see his reflection in it.

The Mirror wall is painted with inscriptions and poems written by the visitors of Sigiriya.

The most ancient inscriptions are dated from the 8th century.

These inscriptions are proving that Sigiriya was a tourist destination more than a thousand years ago. Today, painting on the wall is strictly prohibited.

The buildings and gardens of Sigiriya show that the creators of this amazing architectural monument used unique and creative technical skills and technologies.

The construction of such a monument on a massive rock approximately 200 meters higher from the surrounding landscape required advanced architectural and engineering skills.

The gardens of Sigiriya are among the oldest landscaped gardens in the world.

They are located in the western part of the rock and are with a complex hydraulic system, which consists of canals, locks, lakes, dams, bridges, fountains, as well as surface and underground water pumps.

In the rainy season, all channels are filled with water, which begins to circulate through the whole area of Sigiriya. The fountains of Sigiriya built in the V century, perhaps, are the oldest in the world.

The palace and fortress complex is recognized as one of the finest examples of ancient urban planning. Considering the uniqueness of Sigiriya UNESCO declared it a World Heritage site in 1982. Sigiriya is an unmatched combination of urban planning, water engineering, horticulture, and arts.

What you can read next 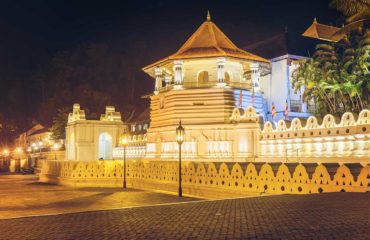 Temple of the Sacred Tooth Relic

TOP
We use cookies on our website to give you the most relevant experience by remembering your preferences and repeat visits. By clicking “Accept All”, you consent to the use of ALL the cookies. However, you may visit "Cookie Settings" to provide a controlled consent.
Cookie SettingsAccept All
Manage consent

This website uses cookies to improve your experience while you navigate through the website. Out of these, the cookies that are categorized as necessary are stored on your browser as they are essential for the working of basic functionalities of the website. We also use third-party cookies that help us analyze and understand how you use this website. These cookies will be stored in your browser only with your consent. You also have the option to opt-out of these cookies. But opting out of some of these cookies may affect your browsing experience.
Necessary Always Enabled
Necessary cookies are absolutely essential for the website to function properly. These cookies ensure basic functionalities and security features of the website, anonymously.
Functional
Functional cookies help to perform certain functionalities like sharing the content of the website on social media platforms, collect feedbacks, and other third-party features.
Performance
Performance cookies are used to understand and analyze the key performance indexes of the website which helps in delivering a better user experience for the visitors.
Analytics
Analytical cookies are used to understand how visitors interact with the website. These cookies help provide information on metrics the number of visitors, bounce rate, traffic source, etc.
Advertisement
Advertisement cookies are used to provide visitors with relevant ads and marketing campaigns. These cookies track visitors across websites and collect information to provide customized ads.
Others
Other uncategorized cookies are those that are being analyzed and have not been classified into a category as yet.
SAVE & ACCEPT